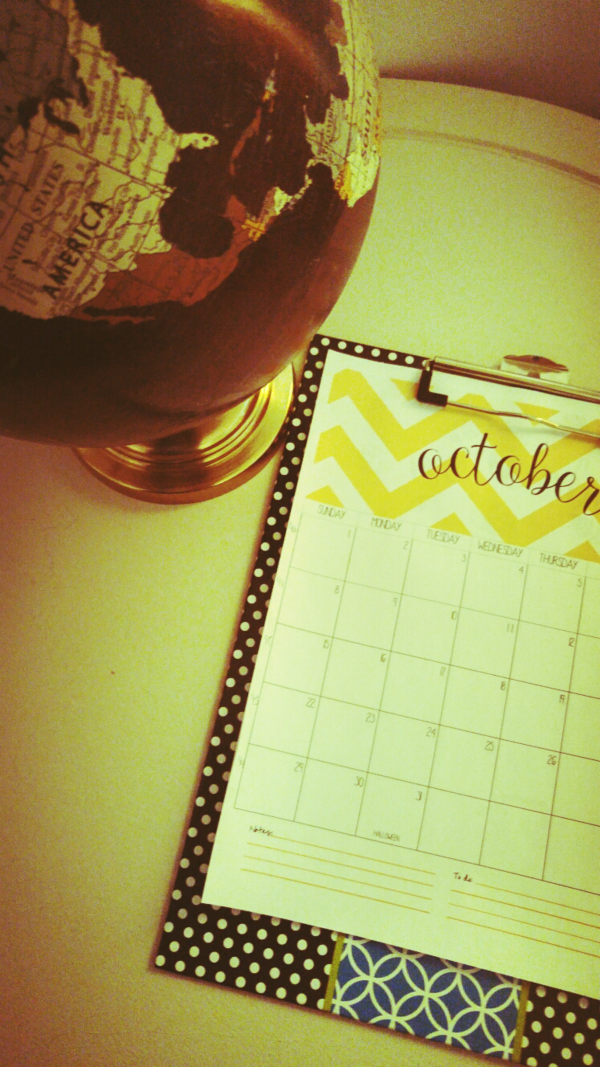 I love my job and I love that it pays the bills. There was a time when I would dread bill time though. I loathed it, not because money was leaving my account, but because I couldn’t get organized. No matter what I did I always managed to miss something. Generally speaking, the city isn’t going to come turn off my water or even give me a late fee if I’m just one day late. While it may not have been a big deal most days I felt unorganized. Ya’ll, I can’t function if I’m not organized and if I was late on a bill that meant I wasn’t organized. I tried folders, excel spreadsheets, slotted holders with dates, you name it and I probably tried it at least once. No matter what I did, it didn’t seem to work for me. One month I took all the useful pieces of everything else I tried and combined them. I simply use a calendar. Lame, I know. There is nothing special about it, yet it works for me. I know one person that uses a large desk calendar. For me that would never work. I would write all over it and miss all the bill information.

One of the things that I loved about the slotted bill organizers was that I was able to easily see the date due. The problem was that it was just an envelope in a slot so I couldn’t see what bill it was or how much was due. As much as I love keeping things digitally, keeping everything in Excel wasn’t working for me either because it wasn’t visually in front of me. As great as some methods were for others, the cons outweighed the pros for me. I finally printed off a calendar just for bills. Nothing else is listed on my calendar. I knew if I allowed myself to put other information on the calendar it would become too cluttered and I would miss something. The first thing I do towards the end of the month is prepare the next months calendar. I just write the name of the bills on the days they are due.  Since my bills are due on the same day each month this part is easy for me. The 1st says rent or the 15th says car payment or insurance. Next I circle my pay days. That way can visually see I get paid on the 12th and I have 3 bills due on the 15th and 17th. For me it’s all about the visual. Not just of the week, but the overall month. Before I would think I was good and then realize that a bill was due two days before I get paid next.

There are other bills that come up on a periodic basis, like car tags for example. On the bottom of the calendar there is a place for notes that I just write something like tags: April that way I know it’s coming in which month and can plan accordingly. After a bill is paid I write the amount I paid. This lets me know that I paid it, but also it is handy at tax time if I need to see what I paid and when. Finally the calendar is on the wall beside my desk, I literally see it everyday. I know, I know it’s lame. There is nothing special about it, but keeping the calendar in my face has helped more than I ever thought possible.

Leave a comment below and let us know what you do to make bill time a little easier.