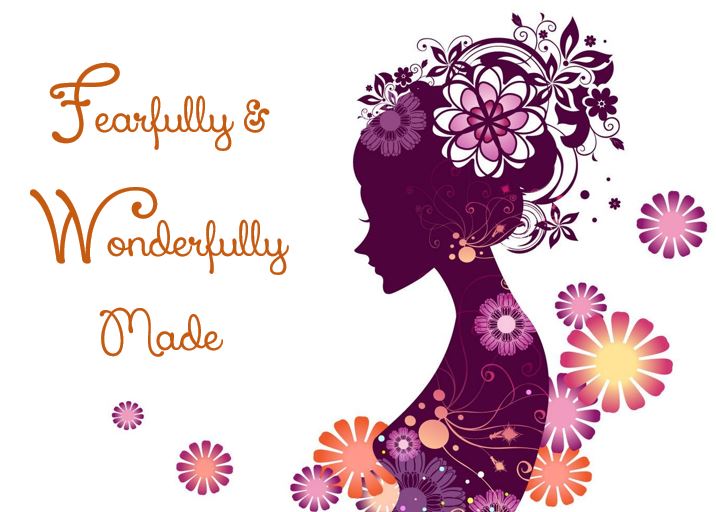 When we think of an idol we have different images depending on the situation. For example, if I’m sitting in Sunday School and the teacher mentions idols my mind is going to go to a golden calf or something similar. Perhaps listening to a sermon I might think of all the things that are placed before God or at home if someone says idol I might think of a celebrity. In each situation it is something or someone that has been given extreme devotion, the devotion may not come from me, but devotion is happening none the less. When I looked up the definition of idol, I saw things like a representation of an object of worship, false god, object of devotion, a likeness of something. All the definitions that we have come to know for idol. Then there was one that I hadn’t really expected. It simply states: a false conception: fallacy.

I will praise thee; for I am fearfully and wonderfully made: marvellous are thy works; and that my soul knoweth right well. Psalm 139:14

As females many of us have an idol. Although most have never considered it an idol, it’s still there. Many have a false conception and believe we aren’t good enough. Let me tell you when God created you He made you exactly how He wanted. Over time you may have discarded His desires, but that is a whole other story! God made each of us with specific gifts, talents, abilities, whatever term you want to use. We’ve all known that kid that from a very early age could sing or a play a specific sport and it just came naturally. That is a God given talent and we all have them. Yours may not be the same as mine, but it is no less valuable. When we think of abilities given by God we often think of singing, playing music, sports; things that are visible to all. What about that person that is a rock star in the kitchen and makes the most amazing meals without a recipe. Perhaps you’re the person that people come to when the need help organizing their new office or they ask for your assistance when planning a gathering. Not all talents are flashy, but they are all important.

In the parable of the talents the one that hid the talent in the ground is called wicked and slothful. Think about an idol in Bible times if you will for a moment. Does the word wicked come to mind for you? It sure does for me. Isn’t it interesting that wicked is used to describe the servant. The servant felt his reasons were justified. How often do you look in the mirror and think your idol is justified? It’s a lie that you aren’t good enough. It’s a lie that God didn’t give you talents. It’s a lie that you don’t have anything special about you. It’s a lie that you don’t have anything to give. You are special! Simply because God created you and you are made in His image you are special. Let the false conception go that you aren’t enough because you are and you are loved by God!