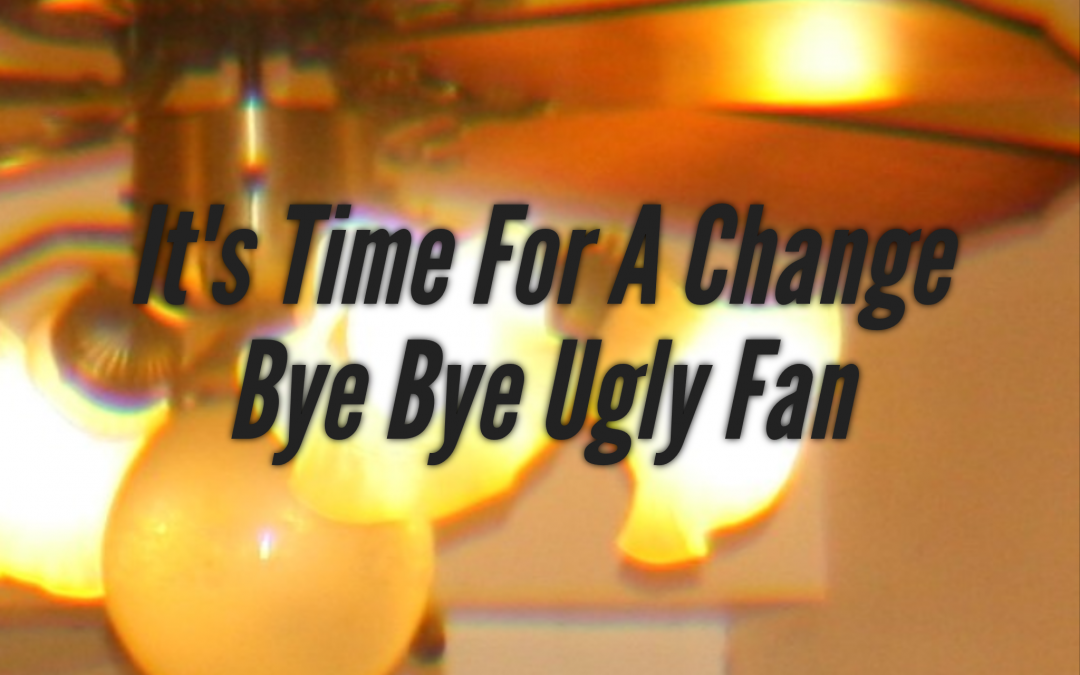 I’ve lived in this house for almost 15 years and I’ve painted the walls every color from pink to brown to gray to lime green  I’ve changed floors, pulled up carpet, taken down wall paper, and had light fixtures changed out. I’m pretty sure the only thing that stays the same is that nothing stays the same…except the ceiling fans. I’m too cheap to buy new and the thought of taking it down and putting it back up disturbs me. I can do a lot of things, but I try to avoid all things electrical. I don’t have a death wish. I know that sounds dumb, but for those that know me, we all know I’d be the moron that sets the house on fire.

The kitchen ceiling fan looks like this or at least it did. I forgot to take an actual before picture so I had to find an old pic that had the ceiling fan in the background. Those globes are hideous, I’m pretty sure they’ve been here since the house was built in the 70’s. Buying new globes alone though wasn’t going to help this fan any so I just left them.

Surely I can paint the fan without taking down the whole thing, right? Off to the breaker box I went. It took a minute to get the correct breaker, but once I got it I started taking down the very dusty blades. You’d be surprised at how quickly dust adds up on those things. I know because it hasn’t been that long since they were cleaned. As you can see they are reversible, neither side is attractive, but none the less they are reversible. 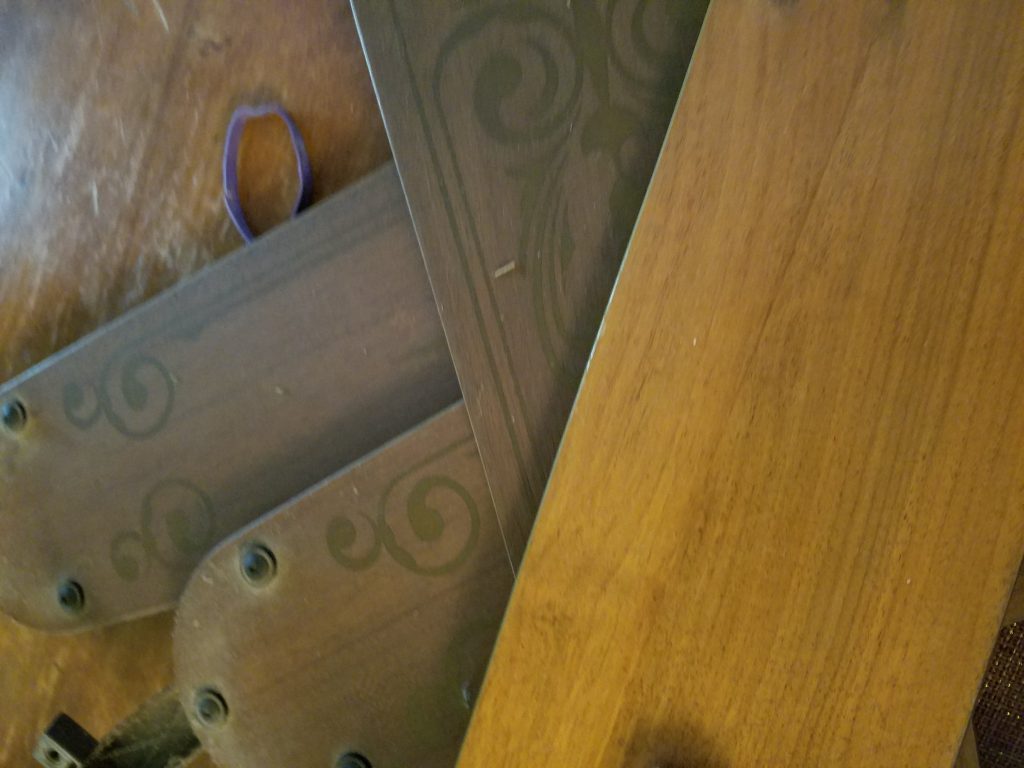 Here’s what’s left after the blades are off. As you can see there is one piece that attaches the blades to the fan that wasn’t taken down. That, my friends, is what happens when the screw is stripped. 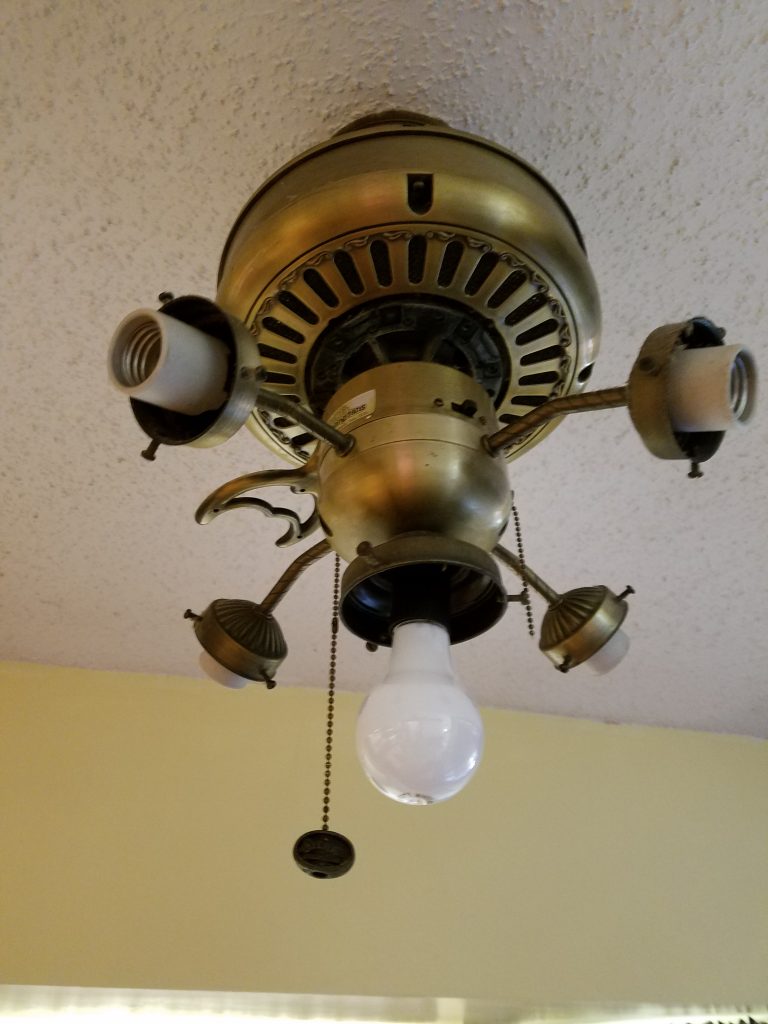 Here’s the part where I was really bad and stopped taking pictures. After taking off the blades I cleaned them and sanded them. Then applied a new, darker, stain to them and let them dry.

For the lovely monstrosity still on the ceiling, take a piece of sandpaper and lightly sand it. Don’t be all willy nilly with the sandpaper, sand in one direction. I went to the local store in town and grabbed some black paint. If you can, grab some with the primer already mixed in. I used a small brush and just started painting. After I was done I waited for it to dry and did a second coat. I suggest lighter coats, they dry faster and look better in the end.

I added the blades back, put the light bulbs back in minus the one that burned out, and flipped the breaker back on. 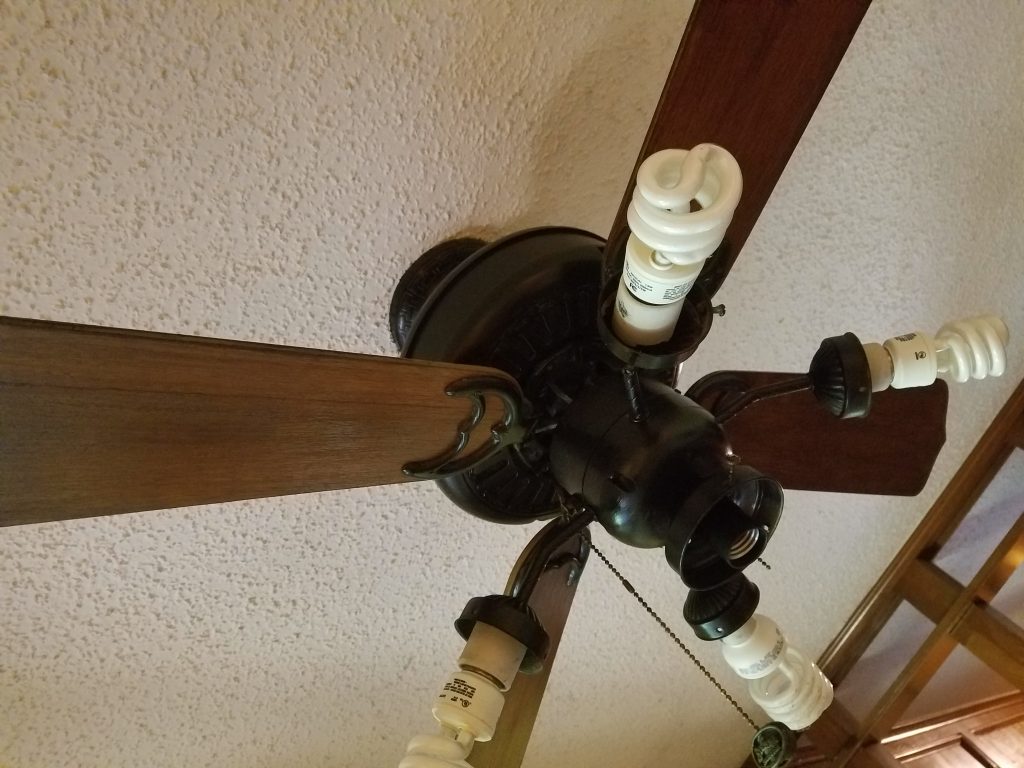 Now what to do with the globes? It’s easy to find adorable globes, but this is a 5 bulb ceiling fan so they can’t be too big or they’ll hit each other. My solution: edison bulbs. 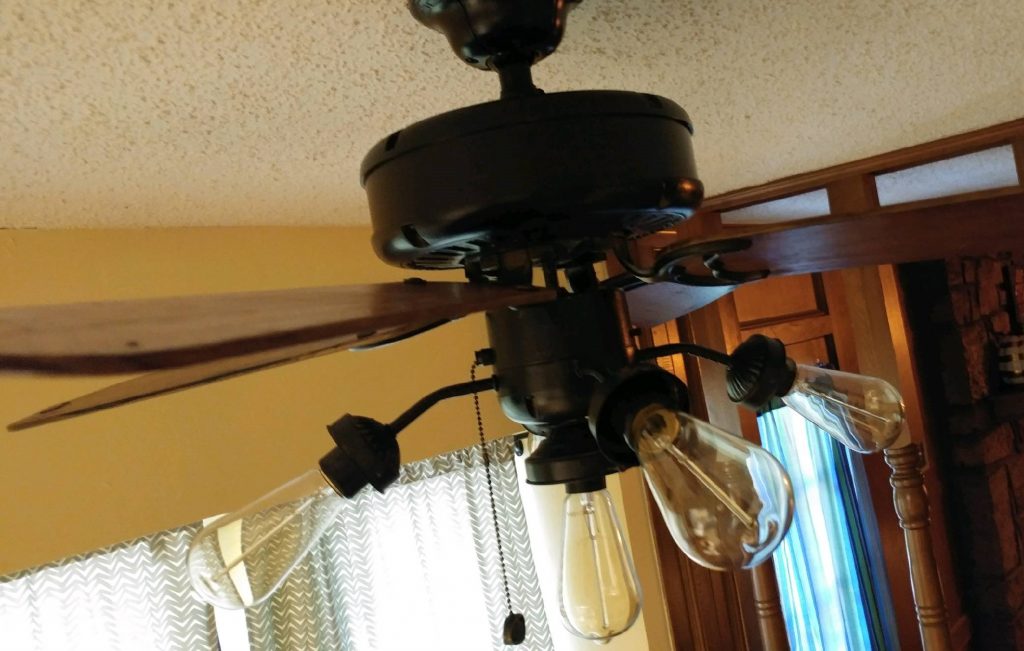 There you have it, my “I’m too lazy to take down the fan to repaint it” process.