My Perspective Brings Thanks 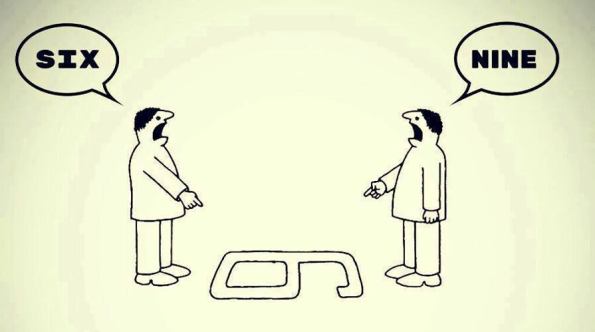 We all talk about the silver lining in a situation and I’d like to share a little about the last few days with you. Thanksgiving was great and a bit toasty for my liking. By Saturday it was supposed to be 70 degrees. It’s November, come on already, bring on the cold. Sunday though, Sunday was bringing a cold front. Sorry, I got sidetracked with the weather. The original plan was to celebrate my mom’s birthday a few days early with the family that was here on Saturday. My nephew had to leave on Friday morning to work a 24 hour shift on Saturday. My niece decided that since there would be blizzard like conditions on Sunday where she lives it would be best to go home Saturday. Last but not least my great nephew that would be going home Sunday would now have to leave on Saturday as well to avoid the storms. Sounds like a blast so far, huh? Let’s continue and see what else happens. If you follow me on Instagram or Facebook, you already know the next part of the story, I got a flat with my 11 year old nephew in the car on a Saturday with everything closed and miles away from home. Sure, it’s easy to say, but we’re safe and just end it there. I feel like that’s sort of robbing God of a testimony because there is so much more to be thankful for.

Here’s some more of the story. He lives 5 hours away from me, his mom lives 4 hours away. The plan was to take him home on Sunday. I couldn’t take him home on Sunday so my sister was going to take him. Yes, it’s a long drive and makes for a very long day, but he is so worth it. When we saw the weather was going to be bad on Sunday we made the decision to take him Saturday, then I get a call that I should take him to his mom’s and not his dad’s. Sweet, that’s 2 less hours in the car for me. My great nephew never ever ever asks to stop and go to the bathroom, but he did this day. I pulled over at a gas station and that’s when I noticed that the tire was flat. The indicator light never came on and the car wasn’t driving funny so I had no idea we had a flat. I don’t mean flat like the rim is on the ground, there was still some air in the tire although not what it should be. I bought a can of fix a flat, drive a few miles, come back and put some more air in the tire, then on our way we went. Fix a flat let me down, it did nothing for me because we were about 25-30 minutes from our destination and I notice the car is driving a little funny. I’m guessing the tire is going flat again and sure enough it is. Air it up again and off we go. Why didn’t I just put the spare on you ask. Well, the easiest answer is: I’m lazy. I can change a tire, but I’d prefer not to. Aside from that I needed to get to Wal-Mart in time to get a new tire because I didn’t want to drive 4 hours on a donut and Wal-Mart was the only place open. I was just 30 minutes away, surely I could make it. Praise Jesus, I did. Of course by the time I got there it was going flat again, but I made it. If there had not been a snow storm, my sister would have been taking him home 5 hours away instead of 4. Even without snow it would have been cold out and if you’ve ever tried to put air in the tires while it’s freezing out you know that doesn’t happen. She would have had no choice but to put on the spare, in the cold. All those little things came together perfectly. Did I enjoy it? Not one bit, but I can see God’s protection through it all.

My next story shouldn’t be as long because well I don’t wanna talk about it! My cat has been sick for a while now. This morning I woke up, looked across the room, and when I saw her I knew she was dead. She didn’t look dead, she wasn’t in some strange position, she was just laying there, but I knew she was gone. I walked over to check, just in case, hoping I was wrong. No such luck, my rotten cat had died. If you know me, you know that I adore my animals. Most people will tell you that I  probably like them more than people. Anyway, I hated the thought of putting her down, but knew in a few weeks if things didn’t change that would be my only option. As much as I hated my cat dying and dying in my room, she didn’t look like she suffered and I didn’t have to put her to sleep. When you love animals as much as I do the thought of having to put one down tears your gut to pieces and thankfully I didn’t have to deal with that.

Regardless of the situation, my perspective matters. How often have we gotten a flat or something similar and failed to see the good in the situation? How often have we been through a situation that we didn’t like and only saw the bad. I’ve yet to see in the Bible where it says to give thanks as long as the situation makes me happy or be thankful only if things are going your way. I’ve not seen it because it’s not there. Thanksgiving was great, we had a great time with those here. The next few days though were a tad rough, but I still make the choice to be thankful. I know my two stories aren’t horrible and things in my life could be much worse. Yet, regardless of the situation my choices are the same. I can either choose to be thankful or not. It is my perspective, not my situation that brings thanks.