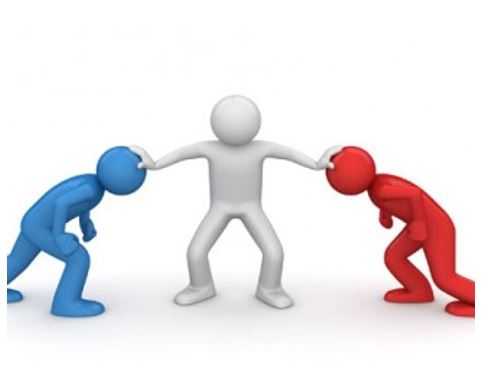 Someone had taken something they shouldn’t have. I had reason to be upset, but to stew over it for 10 minutes may have been overkill. I do know how to admit when I’m wrong and I was wrong. I shouldn’t have gotten as mad as I did. No they shouldn’t have taken it, but it wasn’t that important. If I step back and look at it from their perspective I can even understand why it was done. Without going into a long story that would bore you I can’t say much. I will say this isn’t like someone came in my house and stole something, this was more like someone picked up a stapler and forgot to put it up kind of thing. I’m supposed to love my enemy. I gotta say at that moment, silly as it was, they were enemy number 1. Only I didn’t feel much love for them. Shame on me! If God is big enough to create the world that we live in, do I not think he can help me with my attitude. Why didn’t I just turn to Him instead of letting Angry Attitude Angie come out? Before you ask I have no idea why I decided to name the cranky attitude Angie.Ya’ll she’s not pretty and I’m not a fan of her and yet she appeared and I gave in. Thankfully, after about 10 minutes I realized how dumb the whole thing was and let it go.

Matthew 5:43-44
43 Ye have heard that it hath been said, Thou shalt love thy neighbour, and hate thine enemy.
44 But I say unto you, Love your enemies, bless them that curse you, do good to them that hate you, and pray for them which despitefully use you, and persecute you.

When we hear Matthew 5:43-44 we often think about those that have abused, killed, or done something major in our eyes. What about in our daily lives though? How much do we love our enemies at work or school? What about an ex that did you wrong, a backstabbing best friend, the boss that can’t lead, or the child that bullies your son or daughter. They need love too, just as we do. While my mini meltdown was silly and short lived, it made me think about all the times I don’t show love like I should.

As I continue to grow in my relationship with Christ, I pray the world sees more of Him and His love than they do me.